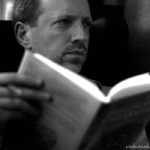 My core interests lie in Aristotelian and Neo-Aristotelian ethical theory. While I have written on Aristotle’s ethics per se, I am also and increasingly interested in applying Aristotle’s ethics and metaphysics to current ethical debates. The kind of naturalism espoused by Aristotle affords an invaluable resource for contemporary reflection, even if, in the process, his insights and arguments must be reconfigured. 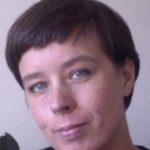 Megan is a political philosopher whose work focuses on global justice and the environment. Her current research concerns rights to land and natural resources in the context of climate change. 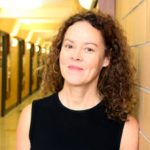 I explore the ethical and existential questions that emerge from the entanglement of the science and the fiction of robotics/AI. I am interested in why science uses fiction even as it marginalizes the literary imagination in discussions of a technological future, why the animal is so often problematically collapsed with the machine, and how the categories and narratives about robots and animals differently produce the human. Pursuing an interdisciplinary approach, I take seriously the borders between fiction and science and argue that the “ethical impulse” that emerges from a literary training in the imagination is useful preparation for thinking about new technologies. 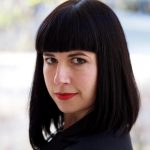 Ida Koivisto is an assistant professor of public law. Her research interests cover administrative and constitutional law, legal theory and socio-legal studies. She is particularly interested in the relationship between law and other normative systems in society. She is currently working on a project on the ideal of transparency and its theoretical preconditions. She is about to embark on a new project on law and algorithmic transparency. 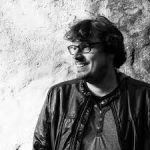 Gottfried is a Senior Scientist at the Centre for Ethics and Poverty Research, University of Salzburg. He works in social and political philosophy, with a particular focus on poverty, social and global justice, migration (refugees) and childhood. Gottfried (co-)authored several peer-reviewed articles and chapters, (co-)edited volumes, and together with his former colleague Gunter Graf he wrote two monographs on the philosophy of childhood: “A Philosophical Examination of Social Justice and Child Poverty” (2015) and “Ethics and the Endangerment of Children’s Bodies” (2017), both published by Palgrave Macmillan. Gottfried is also  co-founding editor of the Springer Book Series Philosophy and Poverty. He is also Associate Editor of the open access journal Palgrave Communications and member of the Advisory Board of the journal on_education. 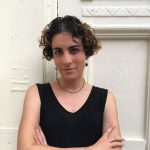 Elena is completing her PhD in the Committee on Social Thought and Department of Philosophy at the University of Chicago. Her primary research areas are in the history of philosophy–more particularly on Aristotle–as well as in contemporary social and political philosophy–specifically issues of racial justice. She has also published historical research on race and medicine and has interests in Islamic philosophy and feminist theory. 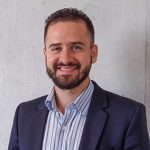 Igor’s research is principally concerned with the future of work and considerations of distributive justice in the face of increased automation and generalized reliance on intelligent machine learning. Igor’s broader research interests in the ethics of AI draw upon the rich nexus of political theory and critical political economy. Igor obtained his PhD at the University of Toronto in 2018, his M.A in Political Science from York University in 2011, and he also holds a B.A from the University of Toronto with a concentration in Ethics, Society, and Law. His doctoral thesis examined the relationship between rights discourse and economic inequality in capitalist democracies though a reconstruction of Karl Marx’s critique of classical liberalism. A revised version of Igor’s doctoral thesis is forthcoming with Palgrave Macmillan under the title of Revisiting Marx’s Critique of Liberalism: Rethinking Justice, Legality and Rights. 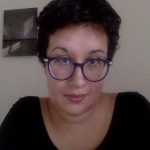 Natasha Hay is a doctoral candidate in Comparative Literature who is pursuing a disciplinary specialization in Philosophy and a collaborative program in Jewish Studies. Her doctoral
research is concerned with a constellation of concepts in the field of education that Walter Benjamin articulates in his reflections on the German youth movement. Her dissertation lays out a counter-pedagogical relation emergent in study as an ethical practice that helps to shape Benjamin’s historiographical method. Her secondary research interests include nineteenth- and twentieth-century German thought, French post-structuralism and deconstruction, and the relationship between literature and philosophy. Some research interests she is eager to explore at the C4E: historical changes in urban spaces and utopian imaginaries; the ethics of untranslatability and the geopolitics of translation; ethical modes of representing suffering and violence across image, text, and other media. 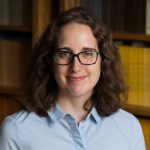 My research explores the ethics of conversation. My most recent publication, “Theorizing a Spectrum of Aggression: Microaggressions, Creepiness, and Sexual Assault” (Pluralist, 2019) explains what is aggressive about verbal microaggressions. In my dissertation, I turn to the question of whether we are blameworthy for microaggressions. Traditionally, we only blame people when they intentionally cause harm, whereas microaggressions are often committed unintentionally and may only become noticeably harmful after numerous repetitions. I use legal theory to model how perpetrators could be liable for these unintentional and non-immediately damaging actions. Finally, I consider the under-explored role of microaffirmations—small supports that accumulate into very positive impacts when repeated over a lifetime. Privileged people receive these benefits constantly; marginalized people deserve the same supports. Please see my website (emma-mcclure.com) for more on my research and teaching in Feminist Ethics. 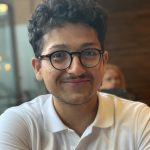 Matias’ main interest is in environmental ethics with particular emphasis on sustainability and climate change. He is currently pursuing a double major in Ethics, Society, and Law, and English at Trinity College at the University of Toronto. 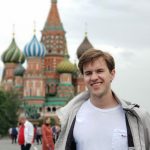 Nicholas’ main research interests lie in metaethics and ethical representation in fiction. He is especially interested in the question of why people choose to do the right thing, and he currently studies Philosophy, Ethics, Society and Law, and Russian Literature at Trinity College at the University of Toronto.

Mohamed Abdalla is a PhD student in the Natural Language Processing Group (Department of Computer Science) at the University of Toronto and a Vanier scholar, advised by Professor Frank Rudzicz and Professor Graeme Hirst. Affiliated with the Vector Institute for Artificial Intelligence, his research interests fall at the intersection of artificial intelligence and clinical medicine. A large portion of his work involves quantifying existing biases, and formalizing notions of fairness and other ethical principles in the context of clinical applications. He is also working to extend and deploy many of these approaches to other disciplines, with an ultimate goal of developing a cross-field generalizable framework. 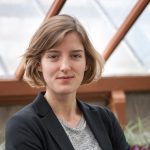 Suzanne van Geuns is a third-year doctoral student in the Department for the Study of Religion. Suzanne’s doctoral research in the study of religion investigates how rightwing antifeminists instrumentalise the internet to uphold specific truths about men, women, and their differences. As an anthropologist of religion, Suzanne approaches the normative descriptively, asking what it feels like to use the internet in the aspiration to live by gender essentialist principles. She has a particular interest in how past visions for the future of internet technology – to which artificial intelligence was always key – inform its instrumentalisations today. At the Ethics of AI Lab, she will develop her work on ‘seduction’ forums catering to men and so-called biblical womanhood bloggers, using the lens of AI to surface how these online subcultures strive to ‘artificialise’ human social intelligence, aligning the self with the truth by becoming more like a computer in flawlessly acting on its commands. 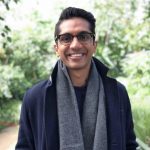 VInyas Harish is a third-year MD/PhD student at the University of Toronto. He is a graduate of the Biomedical Computing program at Queen’s University, and has recently began his PhD in Clinical Epidemiology at the Institute of Health Policy, Management and Evaluation. He is also a Doctoral Fellow in the University of Toronto’s Collaborative Specialization in Global Health. During his preclerkship medical training, Vinyas co-founded the ‘Artificial Intelligence in Medicine Student Society (@aimss_uoft) and became interested in the role of machine learning for population-level risk prediction and preparedness for global health emergencies. At the Centre for Ethics, he is interested in the development of a framework for ethical AI applications in public/global health and exploring the role of public-private partnerships in developing AI ‘solutions’ for healthcare. 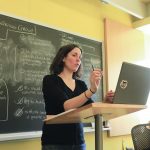 Hilary’s research explores decision-making in the refugee determination context with a focus on credibility assessment. 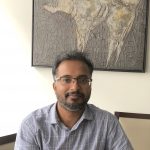 Jaby’s research focuses on modern Indian thought, contemporary democratic theory, and postcolonial theory with particular attention to the ethics of comparison and translation.

Stephanie’s sociolegal research on immigration enforcement focuses mainly on detention practices in Canada, the US, and the UK.

Rebecca Woods, No Magic Bullet: The COVID-19 Vaccine as Technological Fix (The Ethics of COVID)
Monday, May 25, 2020

Sidewalk Toronto Revisited: Looking Back, Looking Ahead (Ethics in the City)
Tuesday, May 26, 2020

Alex Luscombe & Alexander McClelland, Policing the Pandemic: Counter Mapping the Expansion of COVID-19 Enforcement Across Canada (The Ethics of COVID)
Wednesday, May 27, 2020