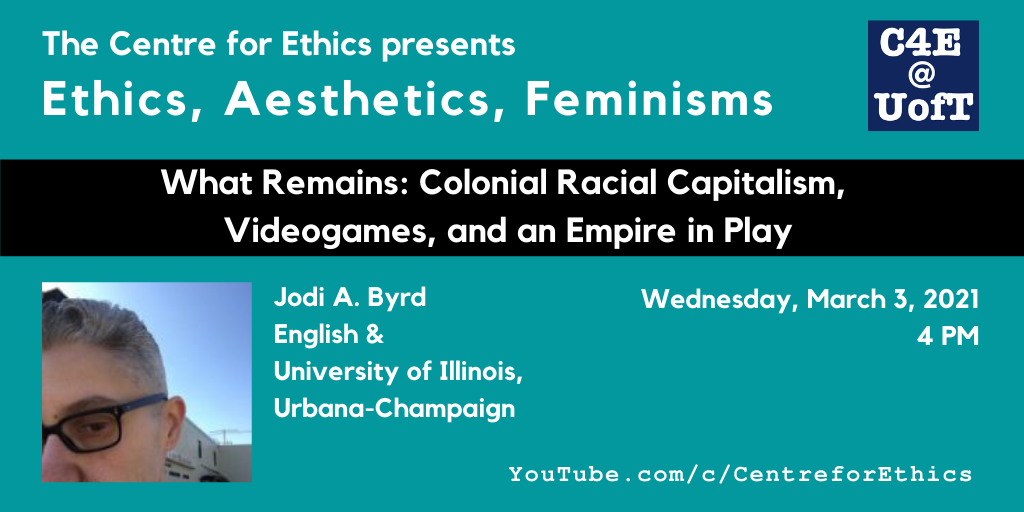 What Remains: Colonial Racial Capitalism, Videogames, and an Empire in Play

As videogame designers respond to critiques of and demands for gendered and racial representations, more and more games have started to offer alternative embodiments and narratives to consider the gendered dynamics of who is imagined to design, play, and otherwise consume videogames. In a close reading of two videogames, What Remains of Edith Finch (Giant Sparrow/Annapurna, 2017) and Until Dawn (Supermassive Games/Sony, 2015), Jodi Byrd will present a chapter from her next book, Indigenomicon: American Indians, Videogames, and the Strutures of Play, and discuss how the lingering imperial horror of settlement and capitalism shape how race and indigeneity are (not) legible within the stories videogames want us to inhabit through play. In requiring but not engaging settlement as a structure of the sublime, the horror that both games produce ultimately obscures US settler imperialism shaped through what Iyko Day terms alien capital and in the process flattens indigeneity into the environments and atmospheres of each game’s denouement of families unable to survive and grieve.

Jodi A. Byrd is a citizen of the Chickasaw Nation of Oklahoma, Associate Professor of English and gender and women’s studies at the University of Illinois at Urbana-Champaign, and a faculty affiliate at the National Center for Supercomputing Applications. Byrd is the author of The Transit of Empire: Indigenous Critiques of Colonialism (Minneapolis: University of Minnesota Press, 2011) and their work has appeared most recently in Social Text, South Atlantic Quarterly, and in Joanne Barker’s Critically Sovereign: Indigenous Gender, Sexuality, and Feminist Studies (Duke UP, 2017).

This is an online event. It will be live streamed on the Centre for Ethics YouTube Channel on Wednesday, March 3. Channel subscribers will receive a notification at the start of the live stream. (For other events in the series, and to subscribe, visit YouTube.com/c/CentreforEthics.) 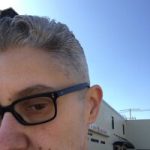