Skip to primary content
Ethics of AI in Context 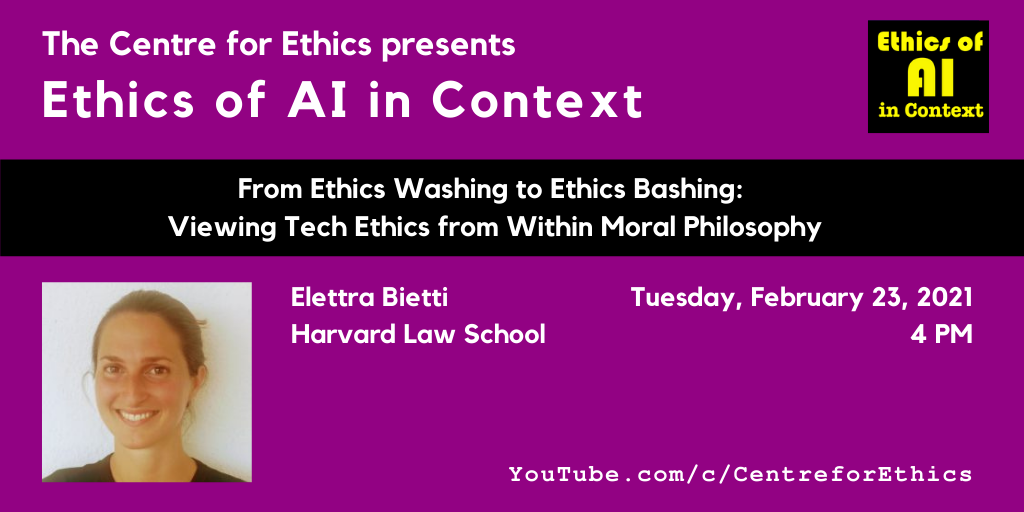 From Ethics Washing to Ethics Bashing: Viewing Tech Ethics from Within Moral Philosophy

The word ‘ethics’ is overused in technology policy circles. Weaponized in support of deregulation, self-regulation or hands-off governance, “ethics” is increasingly identified with technology companies’ self-regulatory efforts and with shallow appearances of ethical behavior. So-called “ethics washing” by tech companies is on the rise, prompting criticism and scrutiny from scholars and the tech community at large. In parallel to the growth of ethics washing, its condemnation has led to a tendency to engage in “ethics bashing.” This consists in the trivialization of ethics and moral philosophy now understood as discrete tools or pre-formed social structures such as ethics boards, self-governance schemes or stakeholder groups.

The misunderstandings underlying ethics bashing are at least three-fold: (a) philosophy is understood in opposition and as alternative to law, political representation and social organizing; (b) philosophy and “ethics” are seen as a formalistic methodology, vulnerable to instrumentalization and abuse, and thus ontologically flawed; and (c) engagement in moral philosophy is downplayed and portrayed as mere “ivory tower” intellectualization of complex problems that need to be dealt with through alternative and more practical methodologies.

This talk argues that the rhetoric of ethics and morality should not be reductively instrumentalized, either by the industry in the form of “ethics washing,” or by scholars and policy-makers in the form of “ethics bashing.” Grappling with the role of philosophy and ethics requires moving beyond simplification and seeing ethics as a mode of inquiry that facilitates the evaluation of competing tech policy strategies. In other words, we must resist narrow reductivism of moral philosophy as instrumentalized performance and renew our faith in its intrinsic moral value as a mode of knowledge-seeking and inquiry. Far from mandating a self-regulatory scheme or a given governance structure, moral philosophy in fact facilitates the questioning and reconsideration of any given practice, situating it within a complex web of legal, political and economic institutions. Moral philosophy indeed can shed new light on human practices by adding needed perspective, explaining the relationship between technology and other worthy goals, situating technology within the human, the social, the political.

This is an online event. It will be live streamed on the Centre for Ethics YouTube Channel on Tuesday, February 23. Channel subscribers will receive a notification at the start of the live stream. (For other events in the series, and to subscribe, visit YouTube.com/c/CentreforEthics.)