The past two decades have seen renewed scholarly and popular interest in the law and morality of war. Positions that originated in the late Middle Ages through the seventeenth century have received more sophisticated philosophical elaboration. Although many contemporary writers appeal to ideas drawn from Kant’s moral philosophy, his explicit discussions of war have not yet been brought into their proper place in these debates. Ripstein argues that a special morality governs war because of its distinctive immorality: the wrongfulness of entering or remaining in a condition in which force decides everything provides the standards for evaluating the grounds of initiating war, the ways in which wars are fought, and the results of past wars.

The book is a major intervention into just war theory from the most influential contemporary interpreter and exponent of Kant’s political and legal theories. Beginning from the difference between governing human affairs through words and through force, Ripstein articulates a Kantian account of the state as a public legal order in which all uses of force are brought under law. Against this background, he provides innovative accounts of the right of national defence, the importance of conducting war in ways that preserve the possibility of a future peace, and the distinctive role of international institutions in bringing force under law.

► this event is in-person at the Centre for Ethics (Larkin building, room 200) 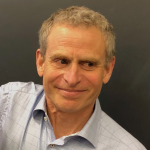