The origins of artificial intelligence were founded on the premise that computers could be built to be like humans: rational and autonomous. The desire to create machines that can, through learning, match or surpass human thinking and ability, is firmly based on western philosophy’s traditional view of personhood based on rationality and autonomy. This view of personhood has shaped western economic, political and social structures, which in turn shape the creation and use of artificial intelligence; has provided the foundation for machine learning’s uncritical imitation of social patterns within its input data; and its use presents significant ethical and human rights challenges worsened by the use of artificial intelligence. Rationality without context that comes from knowing the other (relationality) leads to discriminatory effects. This talk will use the relational view of personhood, with examples from Postcolonial African philosophy, to examine the role of rationality in the creation of Lull’s logic machines to Turing’s  “thinking machines” and modern AI, and the limits of rationality now more apparent in automated decision making systems. 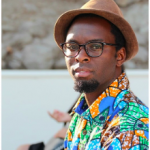 Mr. Sabelo Mhlambi is a researcher at Harvard’s Berkman Klein Center and the Carr Center for Human Rights whose work focuses on the intersection of human rights, ethics and technology. In particular, Mr. Mhlambi’s research examines the human rights implications of algorithmic technology and proposes a new ethical framework for governing the creation and use of AI for maximizing the public good. Mr. Mhlambi’s work expands on the conversation on Ethics and AI by introducing non-western frameworks for examining the effects of automated decision making technology. Mr. Mhlambi’s work is also supplemented by more than a decade of building large scale software, open-source software and content recommendation systems.