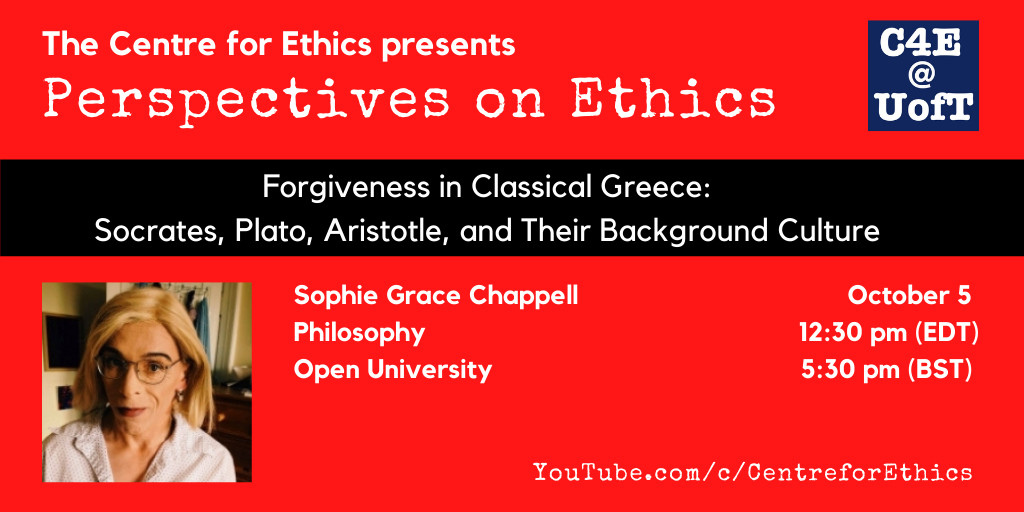 In the Christian tradition that we have inherited, there is a two-stranded conception of forgiveness: forgiveness is both kindness and grace about wrongdoing, and also cancellation of wrongdoing. Moreover, the focal Augustinian articulation of this tradition works with a very special (and specially problematic) conception of what the wrongdoing is that the forgiver forgives. None of these ideas are central to the classical Greek ethical tradition. Most of them are not there at all. In fact, we might plausibly say that in pagan ancient-Greek ethics there is not much evidence of any concept of forgiveness. The nearest approach is that there is some idea of gracious kindness towards those who do us wrong. But in its pagan Greek version this does not involve any contrastive narrative of moral or spiritual conversion or transformation; above all, there is in pagan Greek ethics no notion at all of the kind of wrongdoing that at least Augustinian Christianity later came to focus on.

This is an online event. It will be live streamed on the Centre for Ethics YouTube Channel on Monday, October 5. Channel subscribers will receive a notification at the start of the live stream. (For other events in the series, and to subscribe, visit YouTube.com/c/CentreforEthics.)