Horatian Poetics and Moral Theory in the Middle Ages

One of the animating doctrines of medieval poetic theory is the avoidance of poetic error. Based on the first 37 lines of Horace’s Art of Poetry where the poet counsels against inept, monstrous composition, medieval commentators created a system of 6 poetic errors that became a canonical element in the teaching of poetic technique in the standard artes poetriae of Geoffrey of Vinsauf and Matthew of Vendôme. The term used to refer to these poetic errors, vitia, carries with it a moral, ethical charge, with poetry placed firmly under the philosophical rubric of ethics. While this prescriptive system of avoiding poetic vice is a theoretical topos, what is less clear is how poets chose to intervene in such a fixed system. In this paper, I will use a case study of Juan Ruiz, a fourteenth-century Castilian poet who turns these poetic errors inside out in the process of narrating the moral, sexual sins of his protagonist whose unsuccessful efforts at seduction mirror the aesthetic lapses of the text itself. The poetic text of the Libro de buen amor (Book of Good Love) deliberately commits every aesthetic error condemned by Horace and his medieval readers in a poem that self-reflexively blurs the boundaries between poetics and ethics. I will then explore, through a sampling of commentary on Horace’s Ars Poetica, spanning the 12th to the 15th centuries, how and why the writing of poetry may constitute an ethical act. By placing the Horatian material in conversation with both Aristotelian ethics and the large Christian literature on sin, this paper will explore some possible avenues for theorizing and defining the kind of moral lapse that some commentators attributed to faulty poetic composition. 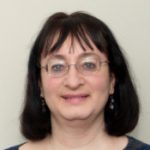